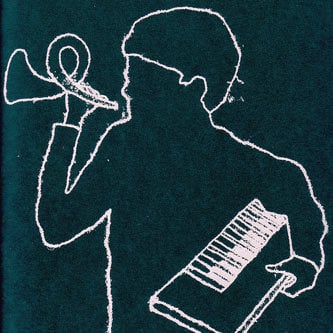 Featuring two tracks of fearless sonic bliss and two long journeys to a state of sustained ecstasy Plug Music Ramoon was recorded in one day on analogue 2" tape. This limited edition LP comes housed in a gorgeous hand-printed silkscreen sleeve, with insert. Sequenced in chronological order on the LP as the tracks were recorded in the studio, the opener 'Flamingo Moon' takes off into outer space. It's a gentle start to the impending Astral chaos as the rambunctious 'Punk Rocker / Mug Cracker' noisily propels itself and its passengers forwards. This 14-minute showdown is divided into two parts with the loose, drum-led 'Punk Rocker' submerging into the swooping sonics of the 'Mug Cracker.' Side 2 introduces a playful element into the spiral density with percussive sticks and bells providing a tribal backdrop for resonant electronics, keyboard odysseys and some experimental vocal work from helmsman Neil Campbell. After a wild solar adventure, the album culminates in 'Ramoon Ramoon,' a considered and tight improvisation that steers the Club homeward. Whilst Club member John Clyde-Evans's laptop contributions provide much of the backbone groove of the album, Stewart Keith adds light and shade on a variety of keyboards and toys. But it's Campbell's dense guitars that thicken the very stem of these four tracks and leads his Astral Social Club to conjure up his dreams and visions. Neil Campbell is a stalwart of the UK experimental music scene who began making music in the early 1980s. Originally a member of loose improvisational collective A-Band, he established himself more firmly in the 90s as a founding member of Vibracathedral Orchestra. Campbell utilizes guitars, electronics, vocals and laptop generated and manipulated sounds in his freeform improvisations. In 2005, he embarked on his solo project Astral Social Club often drawing on the talents of kindred spirits. Stewart Keith is a long-time friend and collaborator of Neil Campbell and one of the main members of Nottingham's the A-Band playing free drone and high-energy rock music and championing an un-tutored, elemental and almost primitive approach to music making. John Clyde-Evans, aka Tirath Singh Nirmala, has played with artists such as Richard Youngs and Vibracathedral Orchestra contributing computer generated sounds, electronics and violin." Limited 500 copies, numbered.